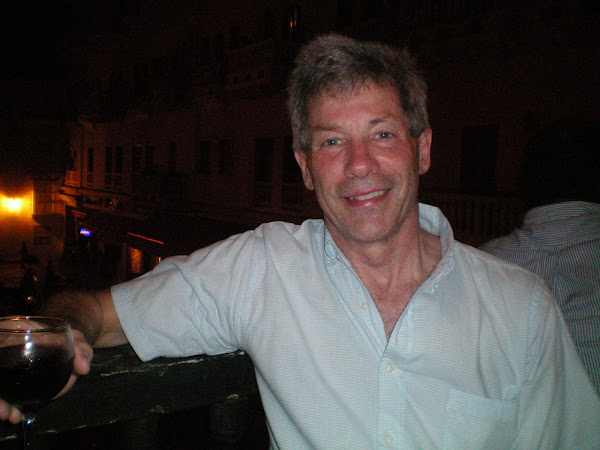 Andrew
I am biking across the USA this summer. Oregon to New Hampshire, coast to coast. I shall be in a group organized by America By Bicycle, perhaps fifty intrepid cyclists, and by the end of fifty arduous days, forty eight wonderful friends (there's always one!). I'm promoting Cancer Support Team in Mamaroneck, to say thank you for their help.

A week has passed. I have received lovely e-mails from many of the riders. We're all suffering from too much reality....the time-away-from-life was so alluring and fulfilling. It had all the positives with none of the negatives. The Tank loved every moment. What have I come home with? New friendships, a wonderful perspective of the landscapes of North America, immense physical fitness, memories of so many hilarious moments, a mental rest - on the trip - from daily pressures and newspapers and TV that I haven't known since I was an adolescent, time to be myself with no baggage, and all that biking, and eating. I don't think life gets any better. But that's in hindsight. Was I thinking that on the 15 mile climb to the summit? I knew this would happen: The bike ride was great - terrific -while we were on it, and fabulous in retrospect. Often during the day or night I feel this huge realisation surge up within me: I biked across a continent.
Posted by Andrew at 7:04 PM No comments: 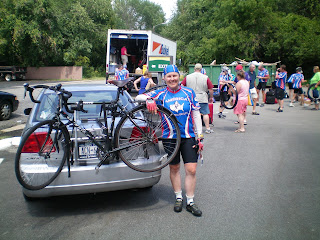 Posted by Andrew at 6:27 AM No comments:

Labels: The Tank's work is done. Time to rest those weary wheels 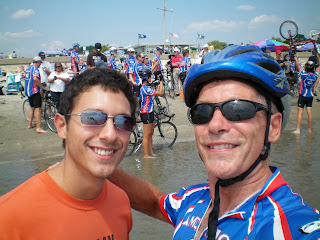 Posted by Andrew at 6:24 AM No comments:

Labels: Robert was there to meet me 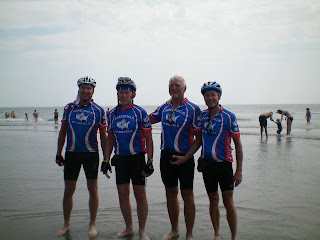 Posted by Andrew at 6:20 AM No comments:

Labels: We did it 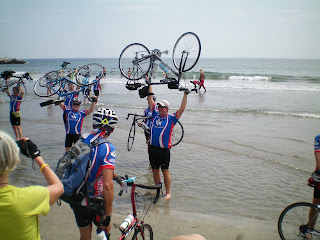 Posted by Andrew at 6:18 AM No comments: 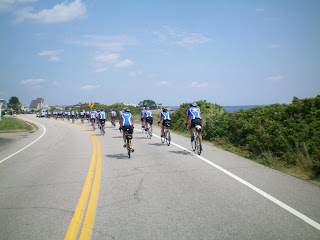 Final day of 50 miles. The bike wheels have made 3 million revolutions. We set out early for the Atlantic coast in order to assemble as a group at 11.30 am at Rye High School. We made good time and were able to stop en masse at a bakery in Exeter for a coffee and pastry. At the high school we began the goodbyes before the police escort arrived to guide us as a unit to the beach. With flashing lights and sirens, we rode the last 5 of 3,750 miles down to Wallis Sands and arrived to applause and cheers and greetings from friends and relatives, Robert amongst them. Then the ceremonial walking with your bike to the ocean. Hugs and kisses, tears and laughter all around as we said goodbye. My friends met Robert, and then we loaded "The Tank" on to the Honda Civic and pulled out of the parking area, heading for Vermont. We passed many cyclists heading for the motel where they would spend their final night before shipping their bikes and dispersing all over the world, back to their real lives. Robert and I have three days in Jay Peak before heading back to Larchmont. I will write one more blog entry before I close, with some reflections on what it all really meant. Until then, my heartfelt thanks to all the staff, riders and friends who have followed my odyssey across a continent and made it so enriching.
Posted by Andrew at 5:59 AM No comments: 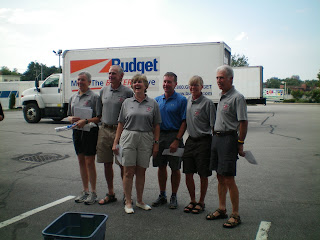 Last RAP (apart from the skit at dinner). The staff from America By Bicycle in front of our Budget Van. These are the people who have guided us across North America, and provided us with moral and mechanical support, and given us the resources and skills to achieve our goals. Debbie, Jeff, Barbara, Jim, Karen and Mike. A big thank you to them.
Posted by Andrew at 5:52 AM No comments: